My sweet friend Kimberly at Straight Stitch Designs is celebrating the one year anniversary of her pattern shop! She has accomplished so much in the last year. I’ve been such a fan of her patterns – I’ve sewn the Capitol Hill, the Ballard and the Greenwood, and I’ve loved every.single.one. So when Kimberly invited me to be a part of her Remix the Stitch tour – taking one of her patterns and mixing it up – I knew I had to sew along!

I actually started out with the Ravenna, but I made a cutting error that ended up… well, let’s just say it wasn’t working out in my favor. I knew I had to set it aside, and since I had three other Straight Stitch Designs patterns printed and ready to cut, I came up with a brilliant idea: combine the Greenwood with the Capitol Hill to make a wide neck tee! 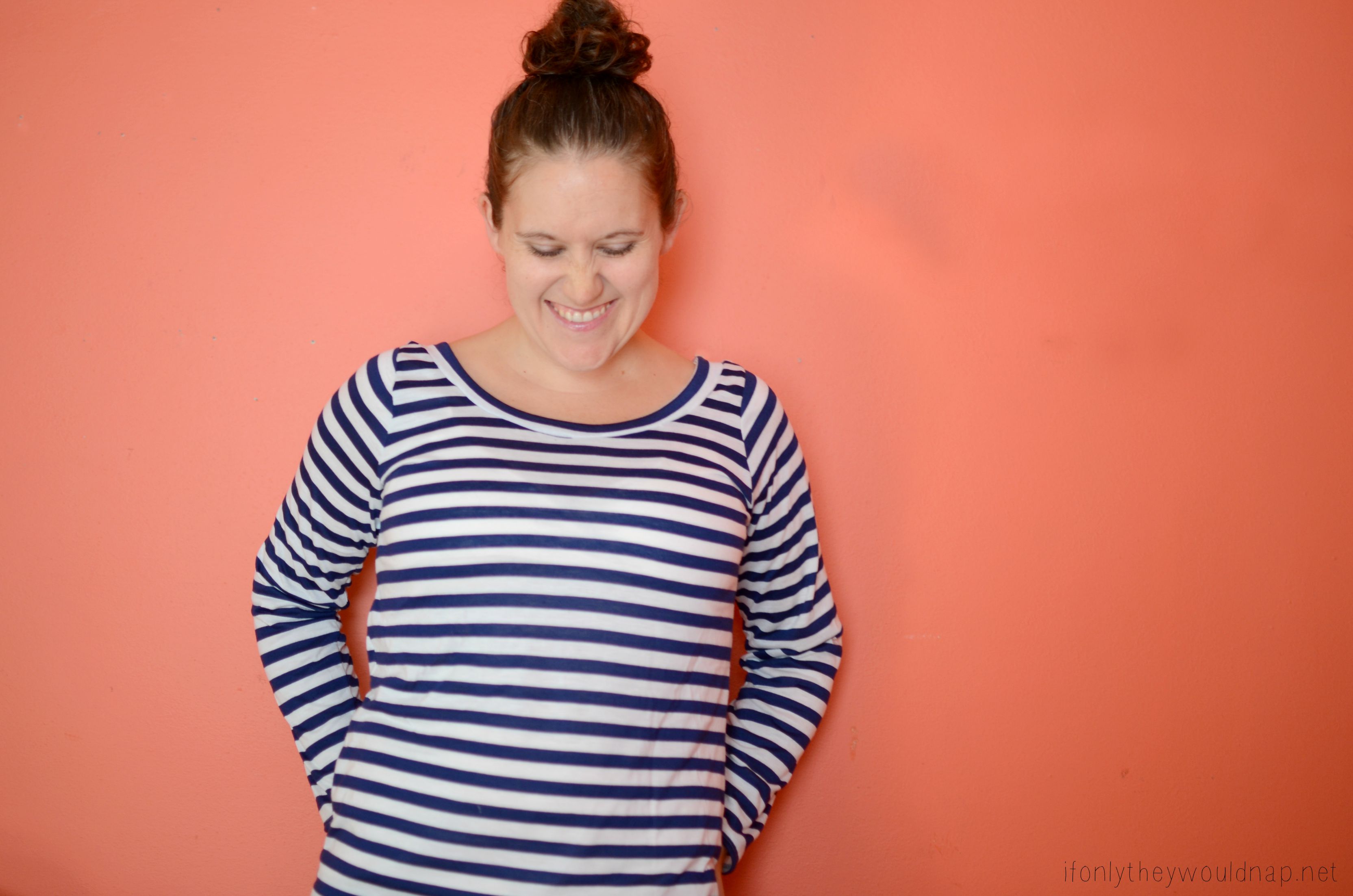 It’s a super simple hack: I used the front and back of the Greenwood – the low back version, so the front and back are the same. Then I used the sleeve from the Capitol Hill. I shortened the Greenwood about 1/2inch from the shoulder to match up with the sleeve. I used a one inch binding for the neckline. I also graded the body of the shirt out just a little bit, as I wanted a slightly looser fit. When I make another one, I’ll also add another inch to the sleeve, since the shoulder is higher than the Capitol Hill, and I forgot to factor that in. 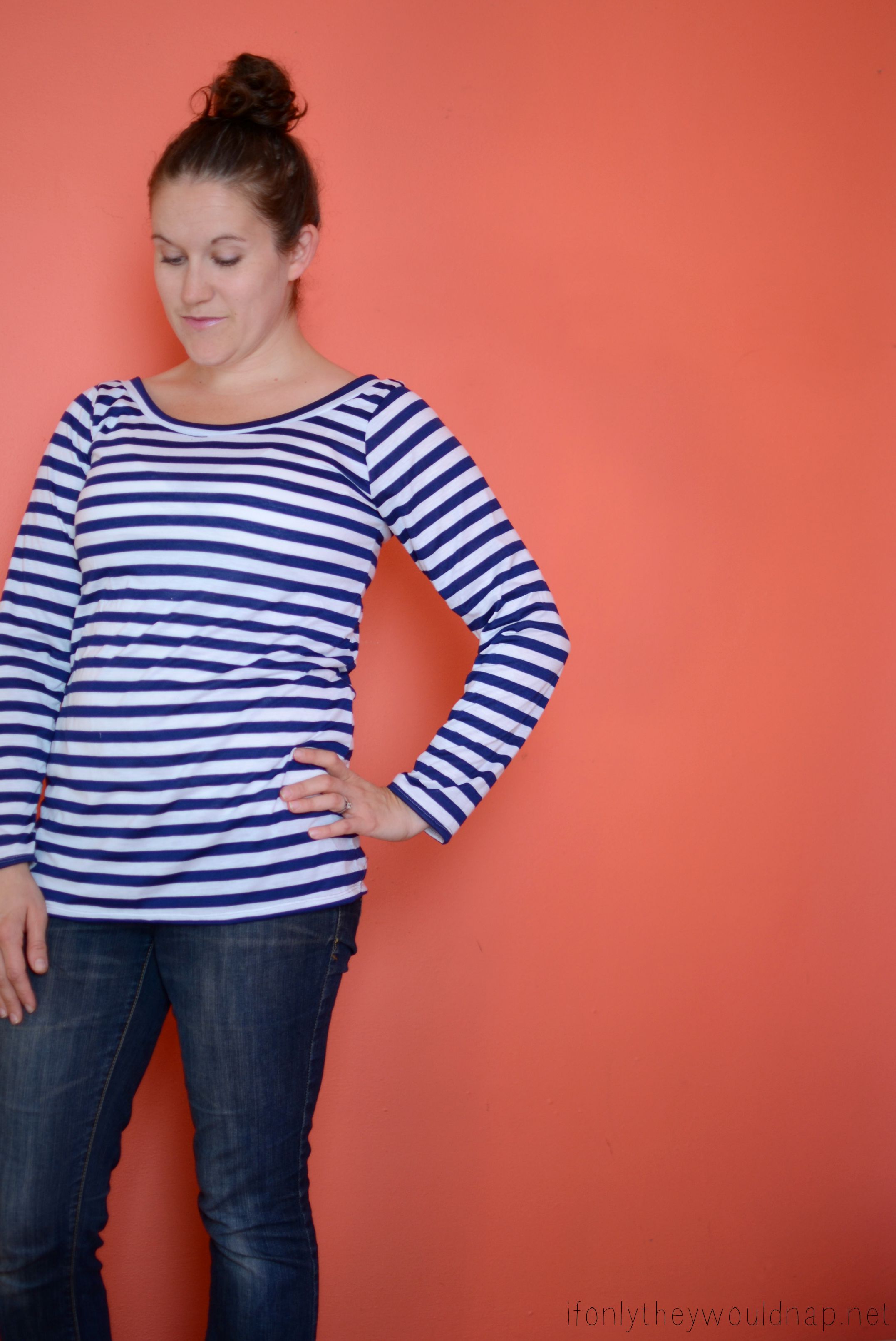 This shirt is ridiculously comfortable. I looove the wide neck. Plus, I put it together from cut to sew (to photograph!) in less than two hours. So basically it’s faster to make a new shirt than to do a load of laundry. Clearly laundry is overrated. 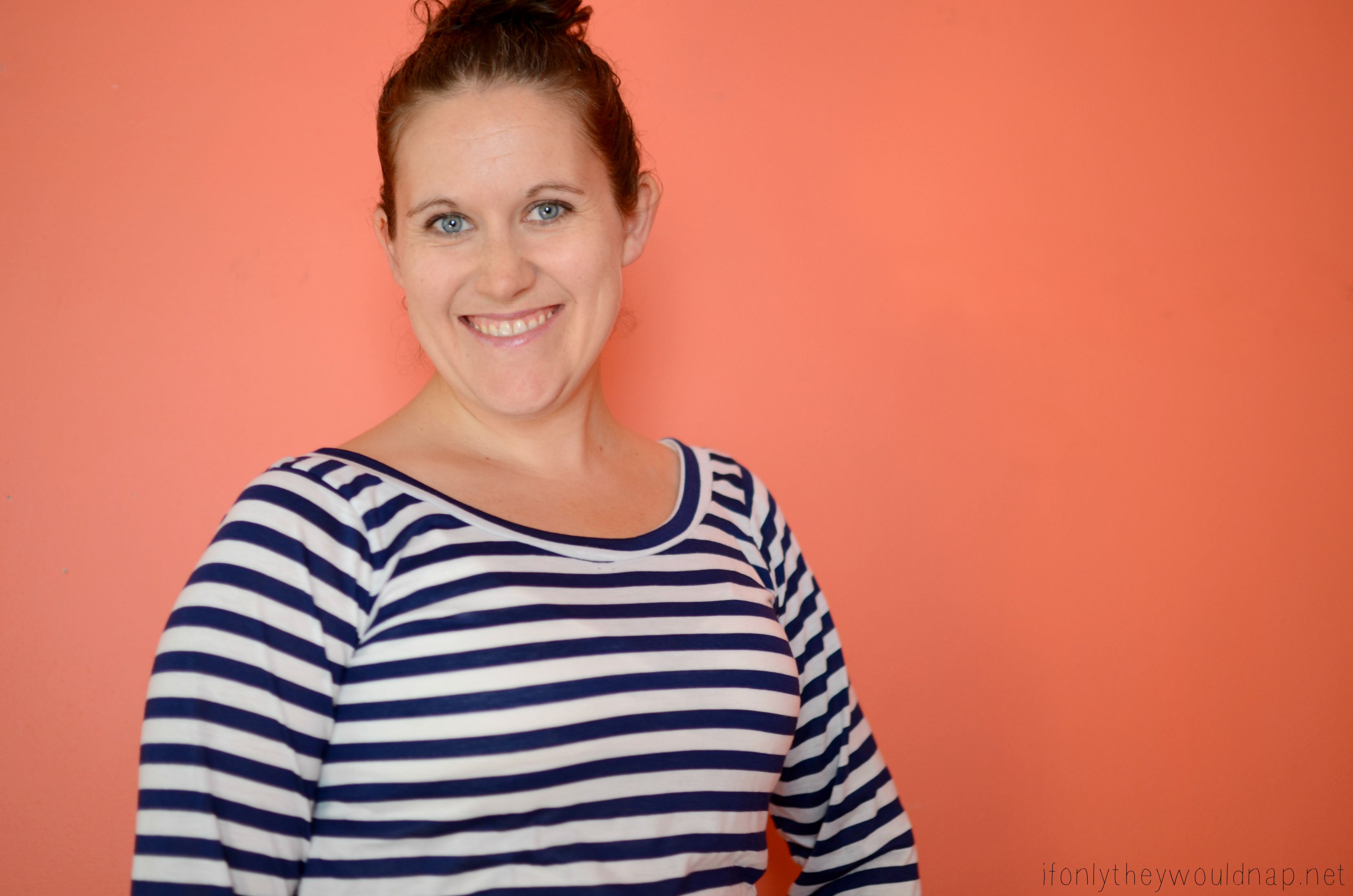 One of the great things about owning multiple patterns from a designer is that often times, you can mix and match some of the pieces like the sleeves. I love Kimberly’s style, and all of the Straight Stitch Designs patterns have great features, fit well, and come together so nicely. They’re some of my go-to patterns for sure! 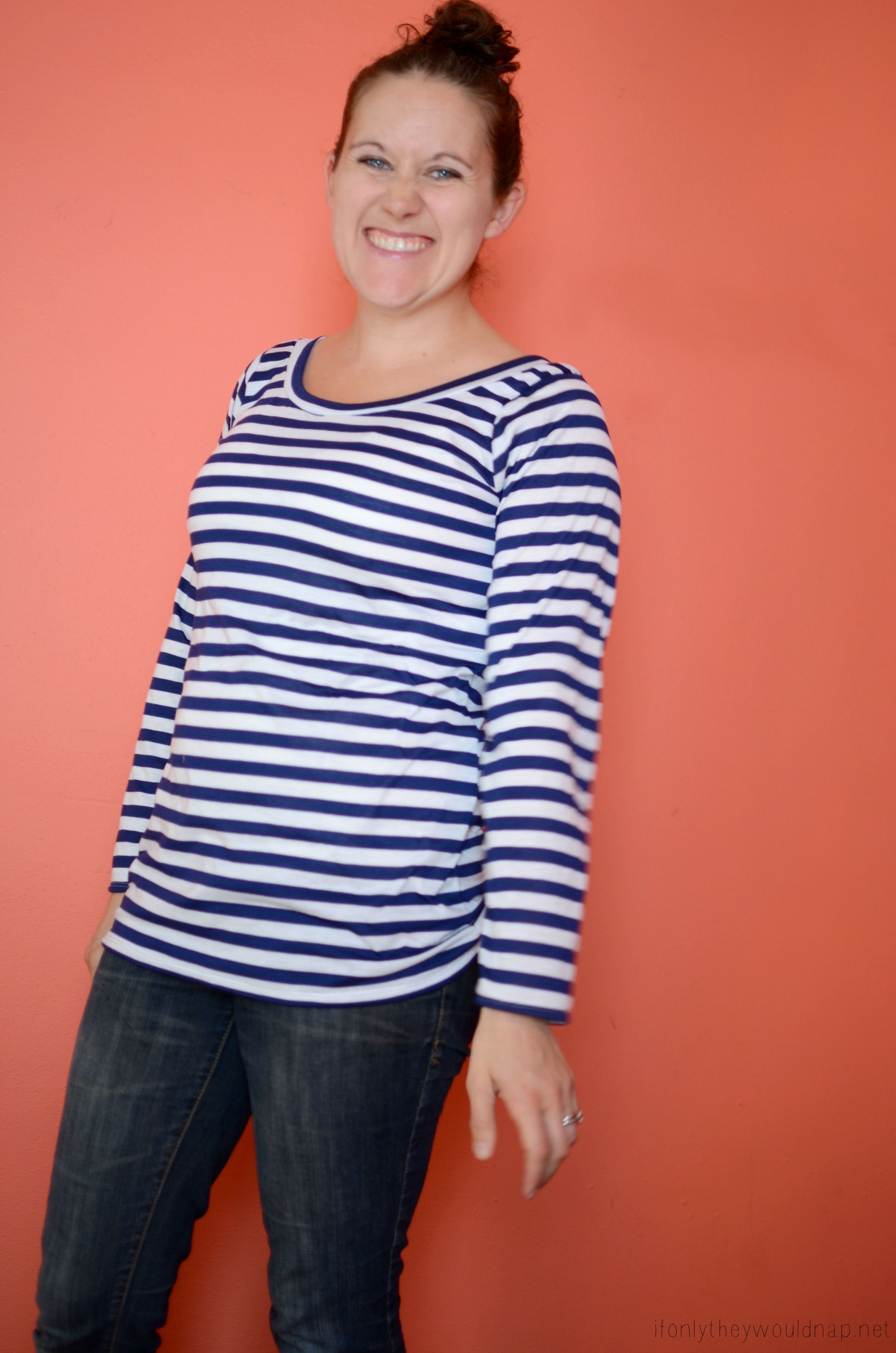 I didn’t get a good picture of it, but the back of the neck mirrors the front. It’s unlike any other t-shirt I own, so it’s a fun way to mix up my everyday t-shirt and jeans wardrobe! I just adore this shirt! It’s starting to feel like fall, so this will be getting a lot of wear. 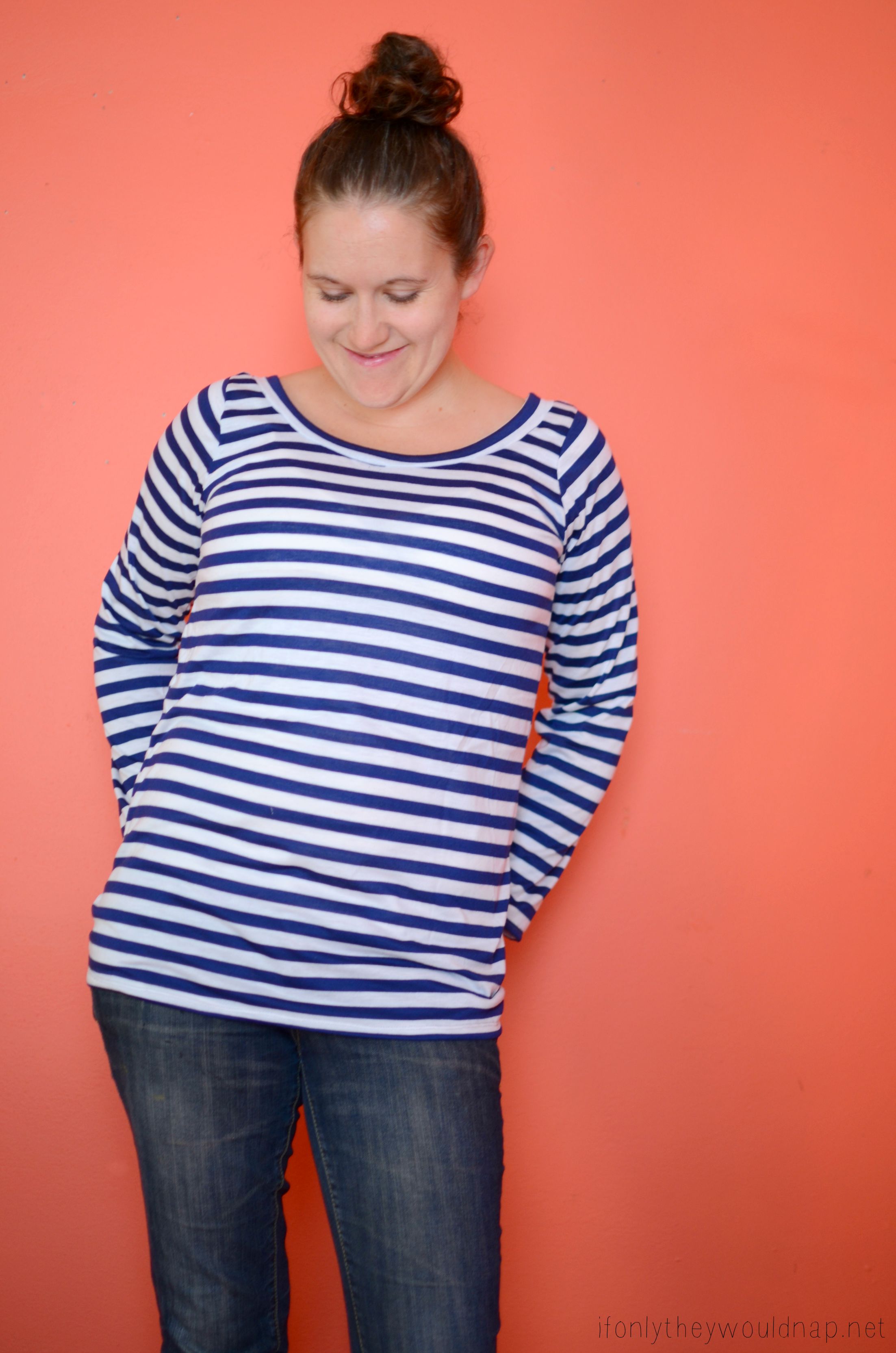 Kimberly’s having an amazing sale and giveaway in honor of her anniversary. Her PDF and paper patterns are 50% off and her stitch kits are 40% off through 9/20. I really can’t recommend her patterns enough! 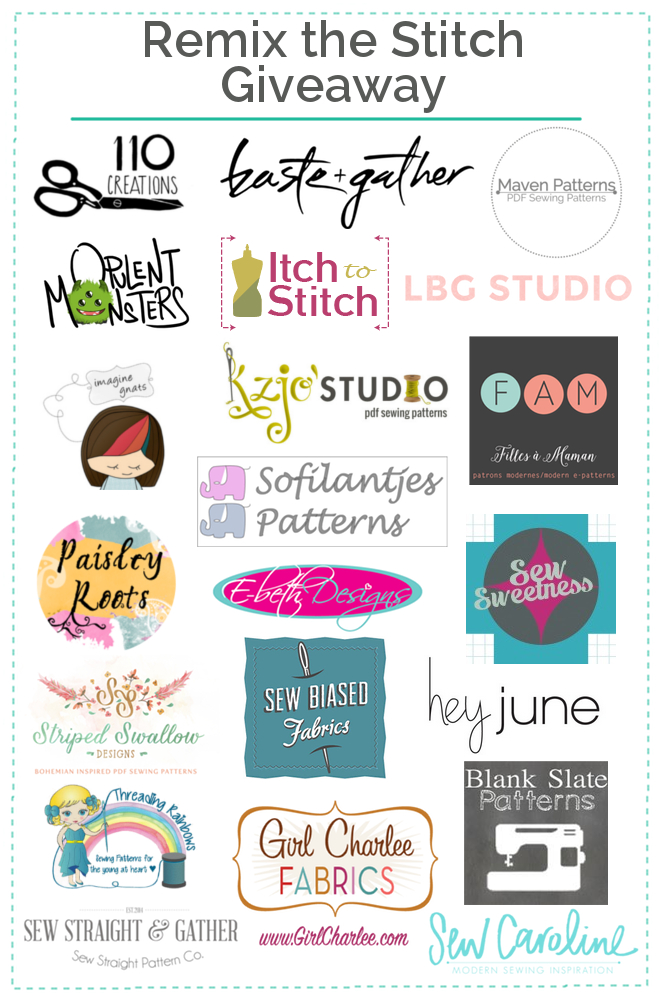 Make sure you check out all the other stitchers on the #remixthestitch tour!

Do you follow along with Me Made May at all? It’s a challenge to wear something handmade everyday for the month of May. I’ve done it before, but honestly, I’ve rarely committed to wearing solely handmade the rest… 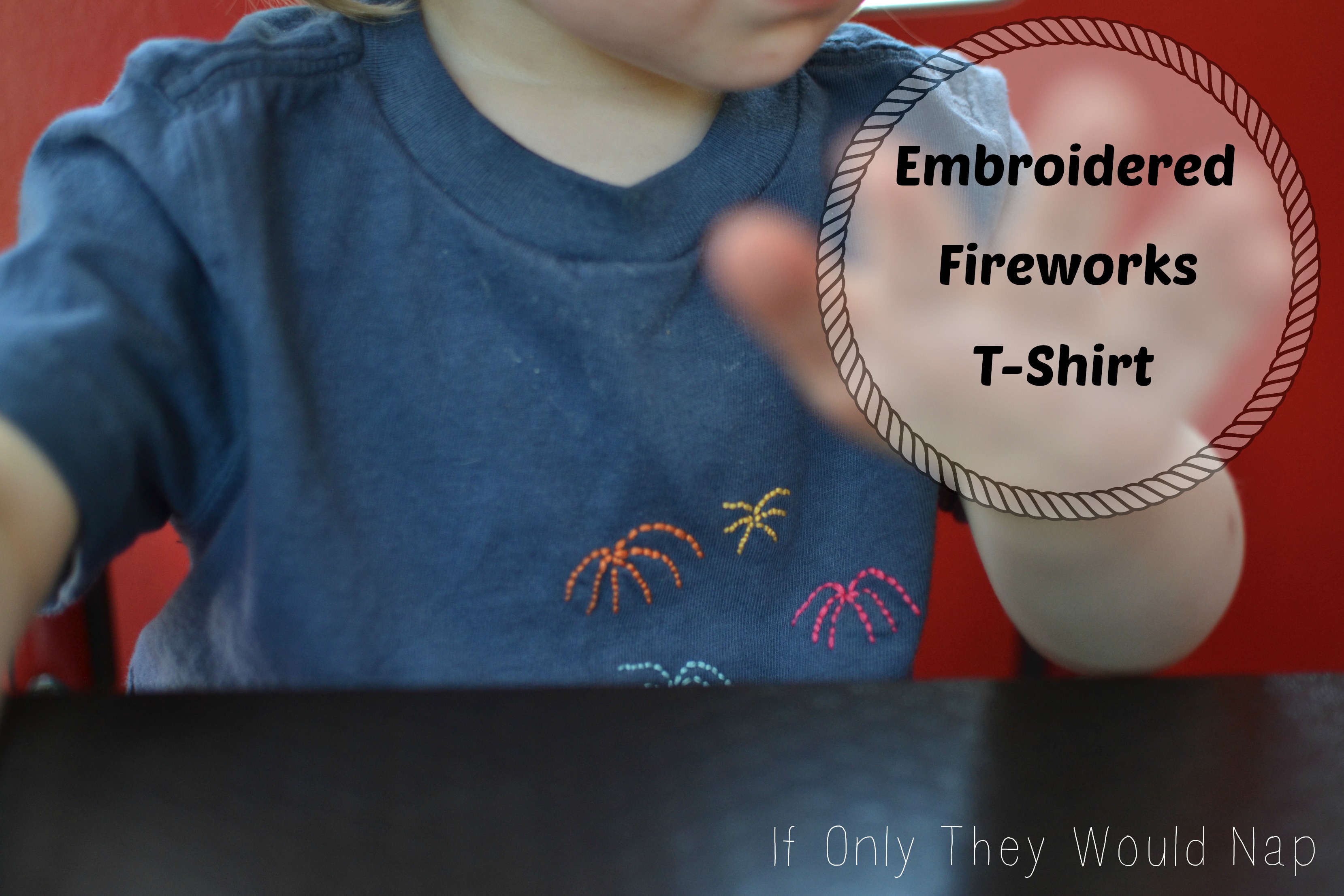 At the last minute [oh you know, 9:30 last night…] I decided to fancy-up a T-shirt for my nearly two-year-old. We don’t have big plans for the Fourth of July, but who doesn’t love a patriotic outfit? With…

This week is Romper Week over at Sewing Mama RaeAnna, and at our house we love a good baby romper. I have a super easy tutorial so that your baby can be as adorable as mine (well… I’ll…

This is one of the fastest, easiest gift ideas out there.  Great for Christmas, bridal showers, housewarming parties…. and perfect for using up your fabric stash. Each coaster requires two squares of fabric, plus batting to go inside….

Yes, I’m still continuing with my posts of my handmade Christmas gifts! I never want to ruin the surprise by blogging them ahead of time. My sweet niece Hazel [how cute is she?!] is just two months older…