I don’t know about your house, but my boys’ toys need constant corralling. And what’s better than storage that doubles as a place to cozy up and read! This floor cushion has a hidden zipper so that you can fill it with stuffed animals, blankets, or the sweatshirts you can’t fit in the dresser. ;) 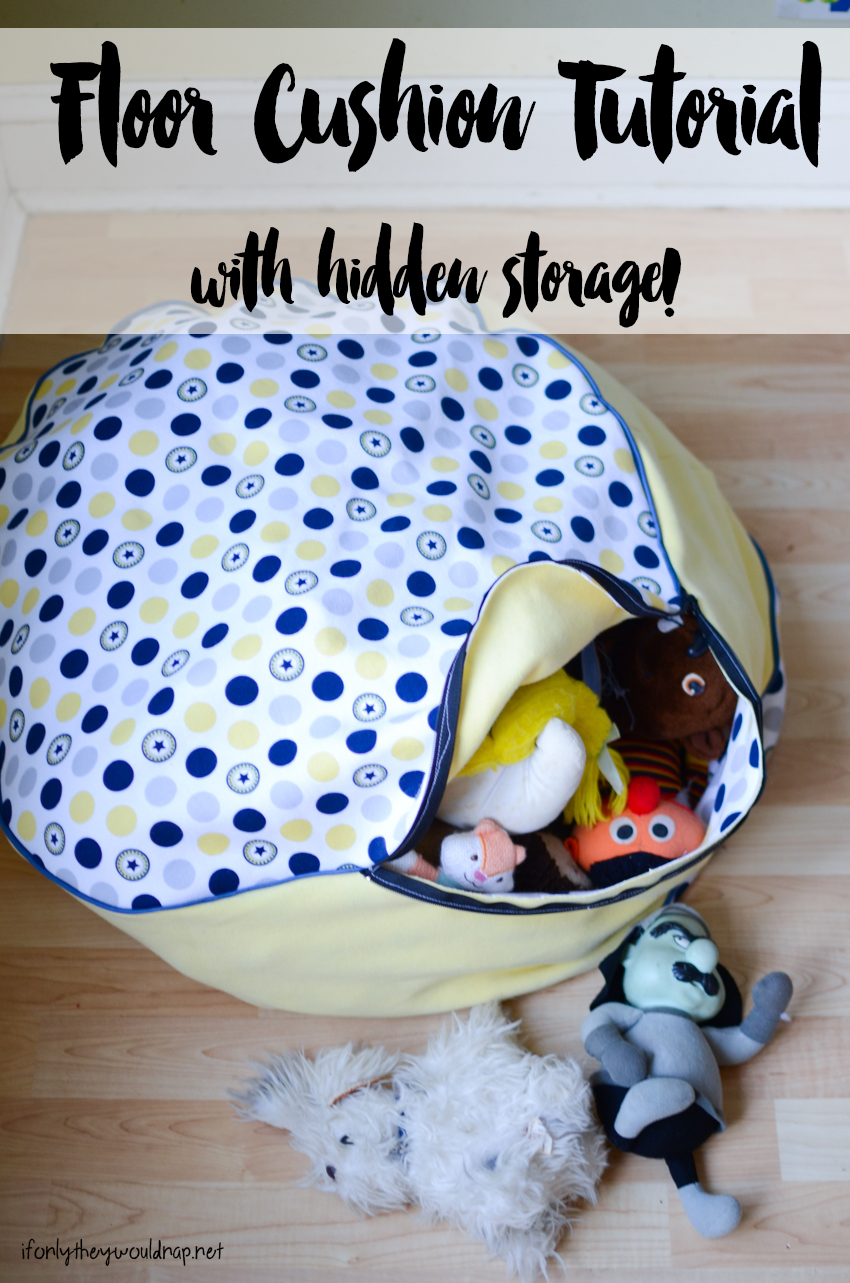 2. Measure around your circles and cut your rectangle of fabric to go around the outside (remember to allow for seam allowance!) 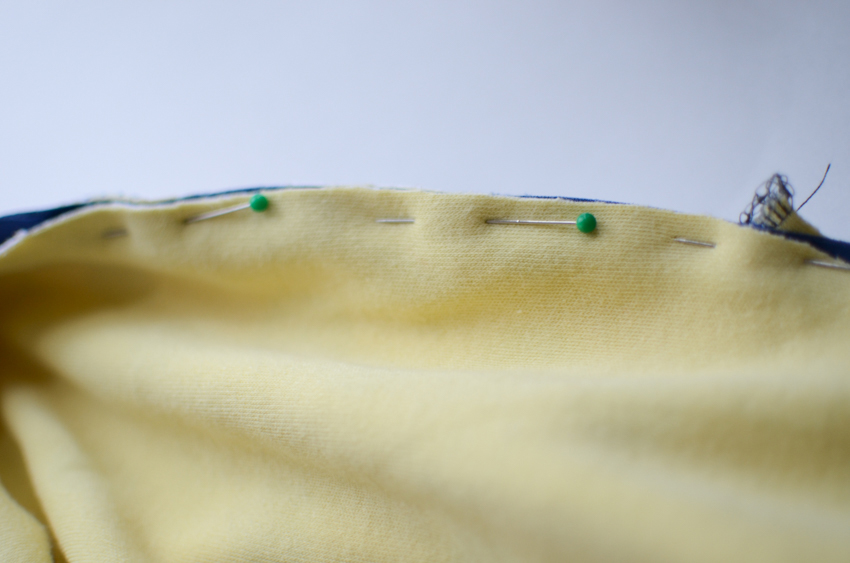 4. Repeat with the other circle and other side of the middle rectangle. This side you’ll be adding in the zipper, so pin that in place first. You want the zipper to be open halfway. At the ends of the zipper, you’re going to pin in the piping. This is a little tricky, so do it carefully. Fold the ends of the zipper and the piping toward the seam allowance. (I used a separating zipper, because this is what I had. But if you have a non-separating zipper, this part would be a little bit easier) 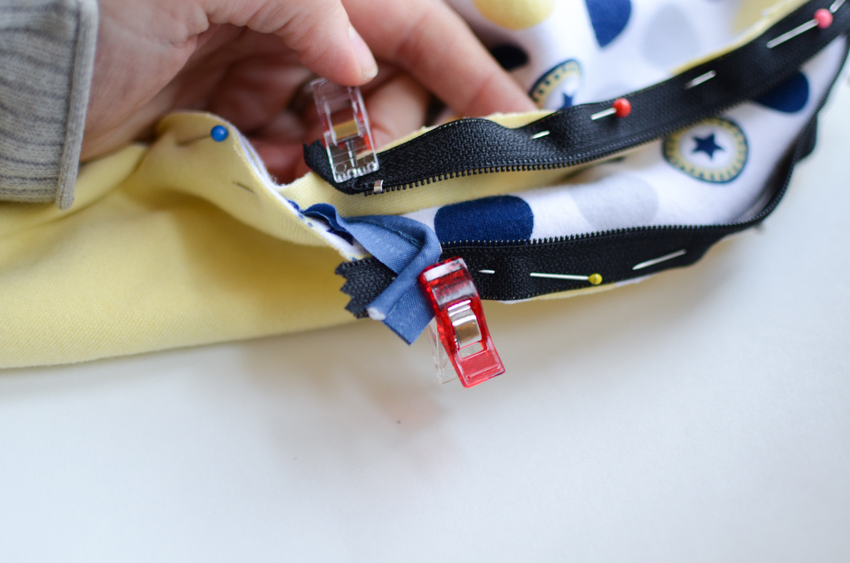 5. Around the zipper, you’ll be sewing one line of stitching on each side of the zipper. Where there’s piping, you’re just sewing all three layers together, as before. 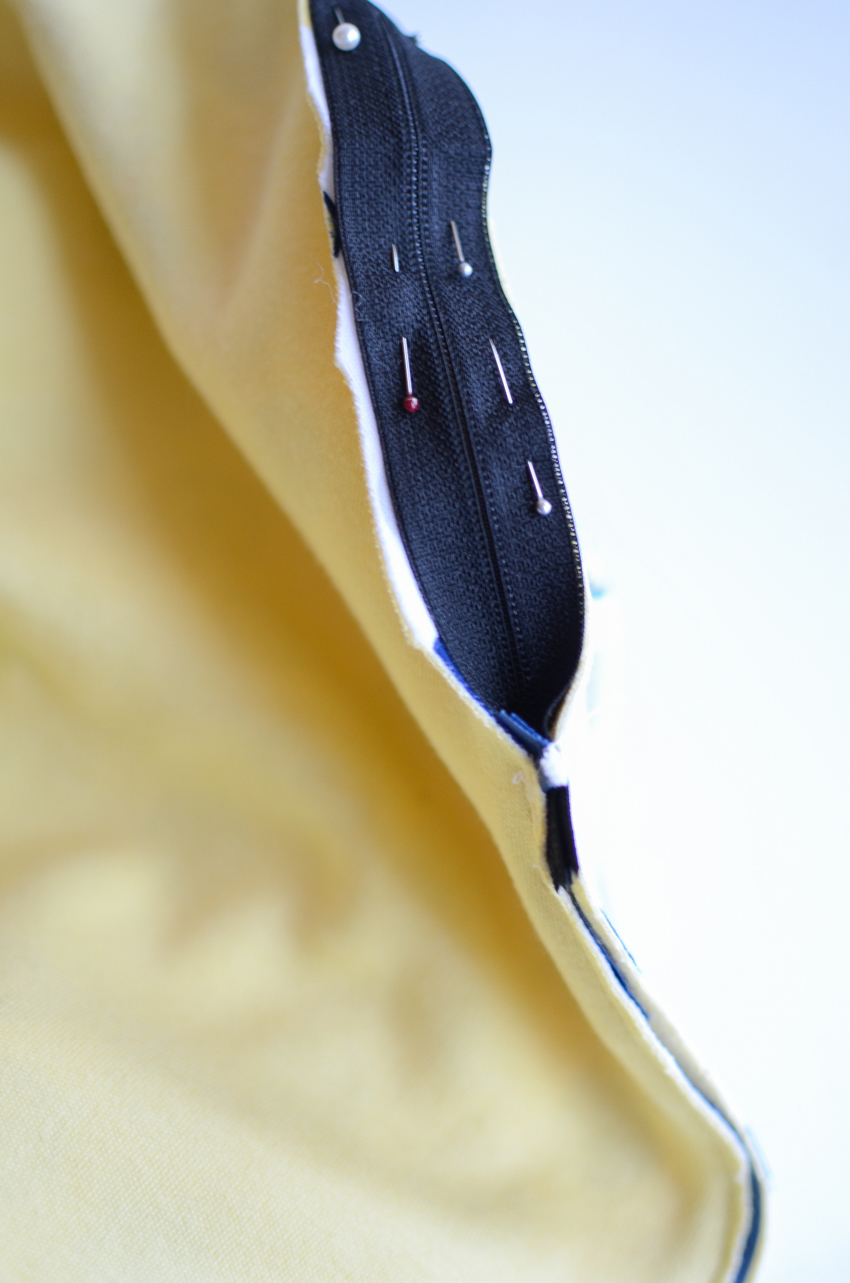 6. When sewing the open end of the zipper, you may have to go over it several times. If you used a separating zipper like I did, make sure your ends line up and that your piping meets up with the end of the zipper and sew the end above the zipper stop together. 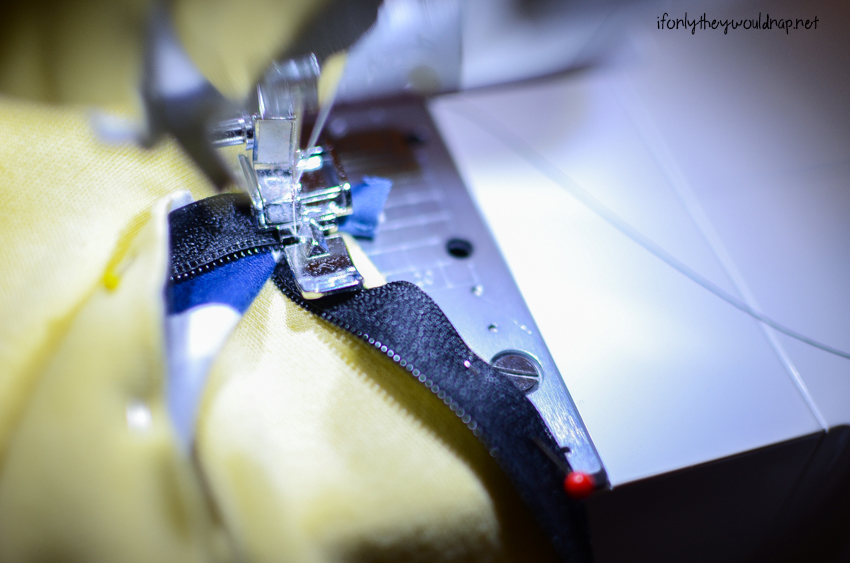 Then use the zipper opening to turn it right side out! 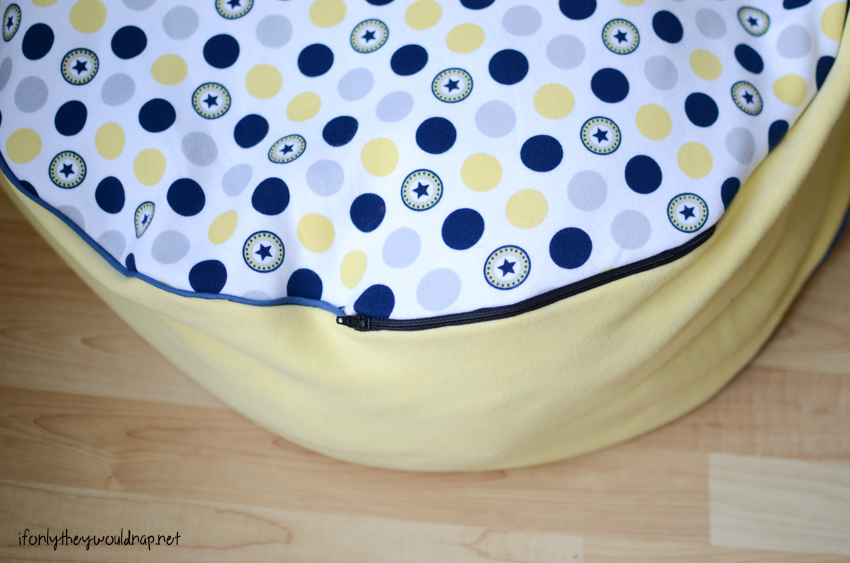 Then fill it with something soft – pillows, blankets, stuffed animals, even a large pillow form – and you have a great new place to sit! 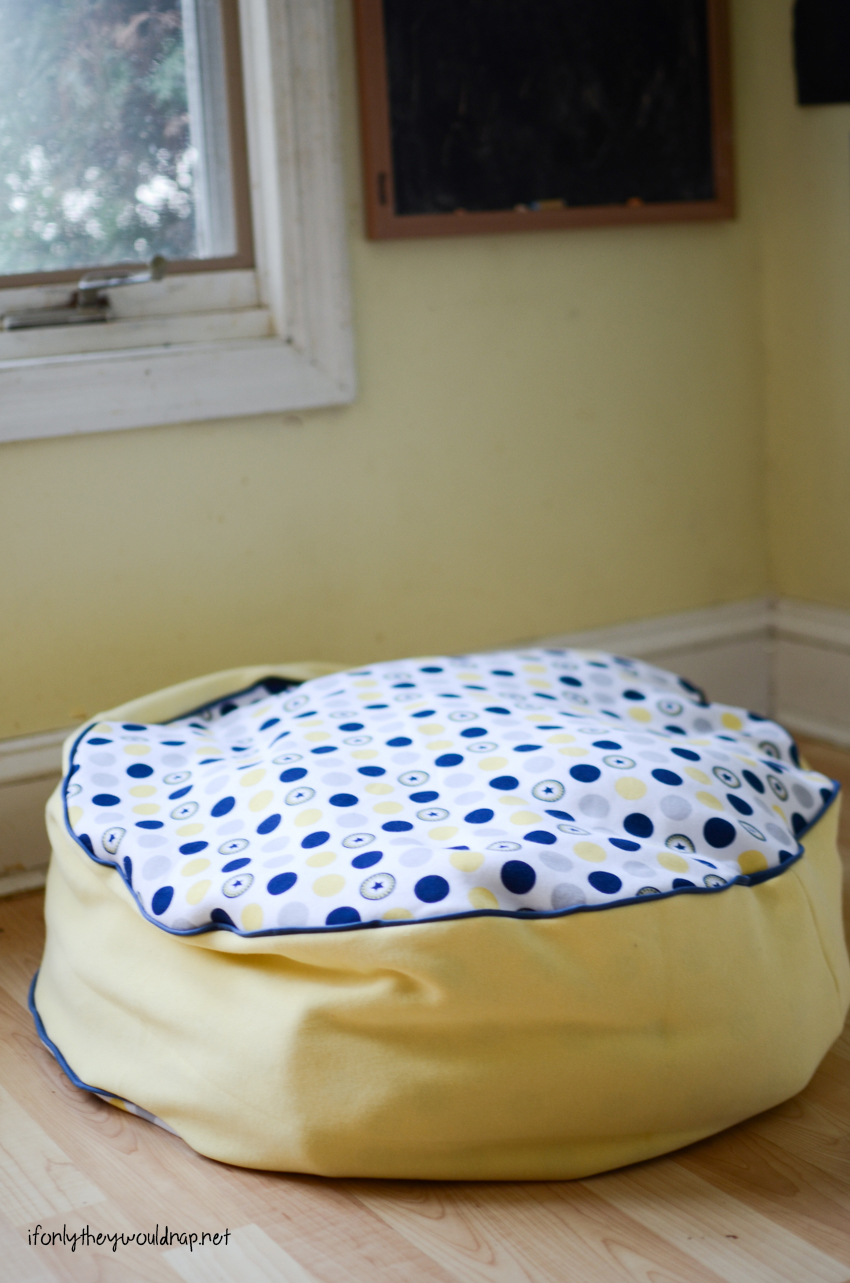 And then tell your kiddos that there’s a fun surprise… 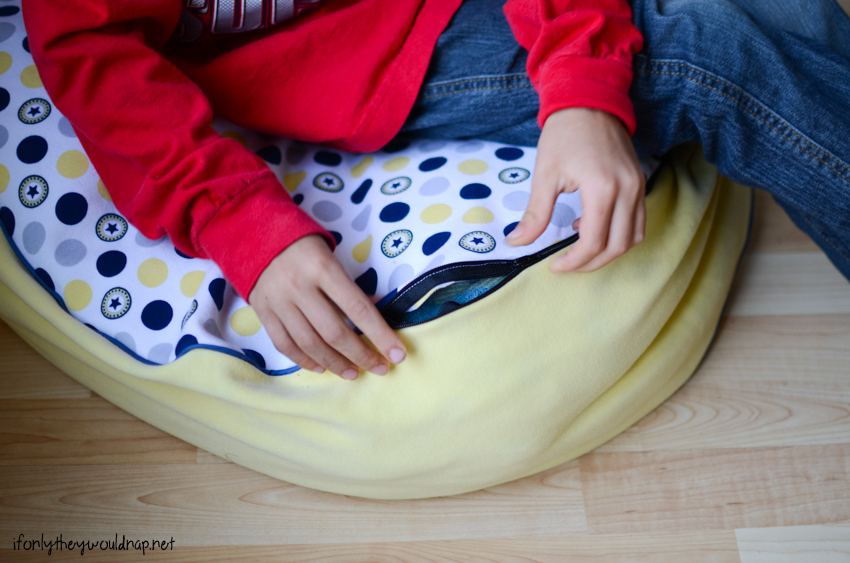 …which could quite possibly blow their minds ;) 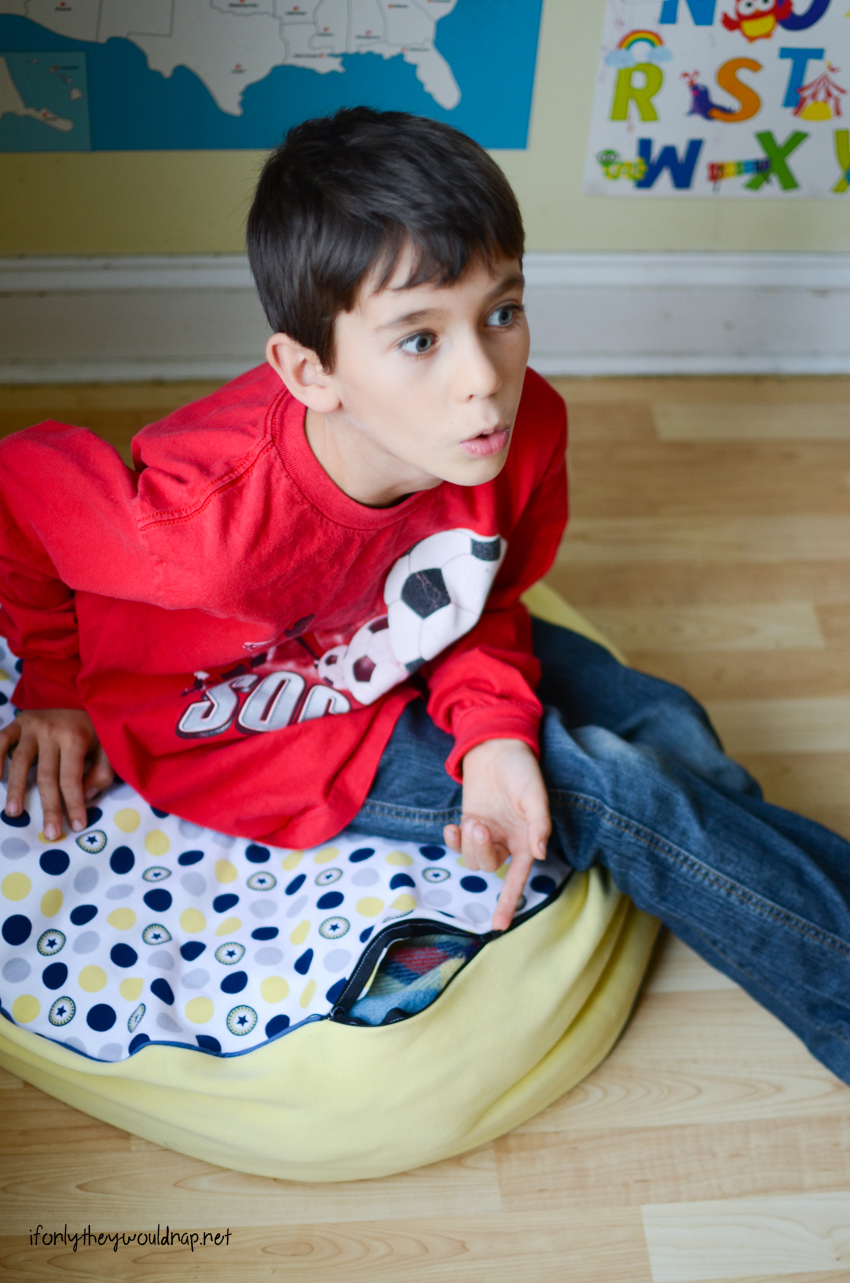 Tame the stuffed animal madness and create a cozy place to snuggle up with a great book! 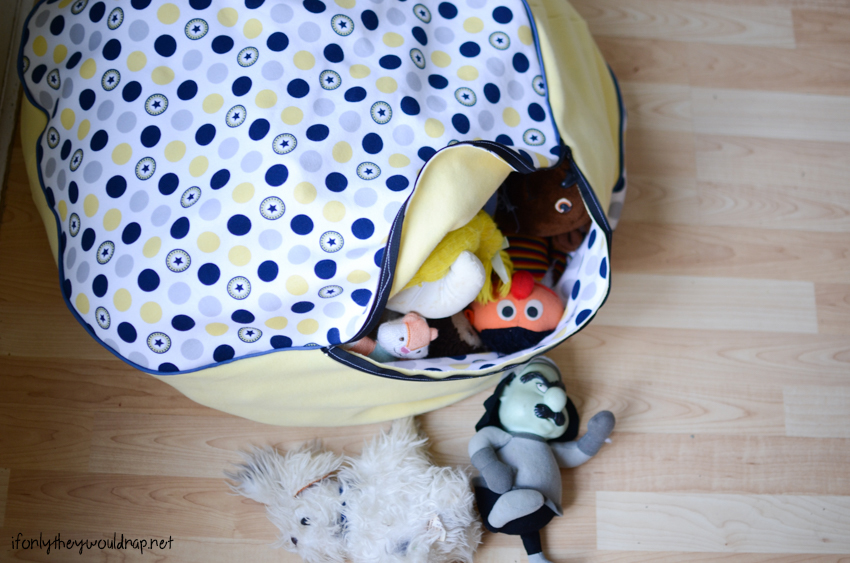 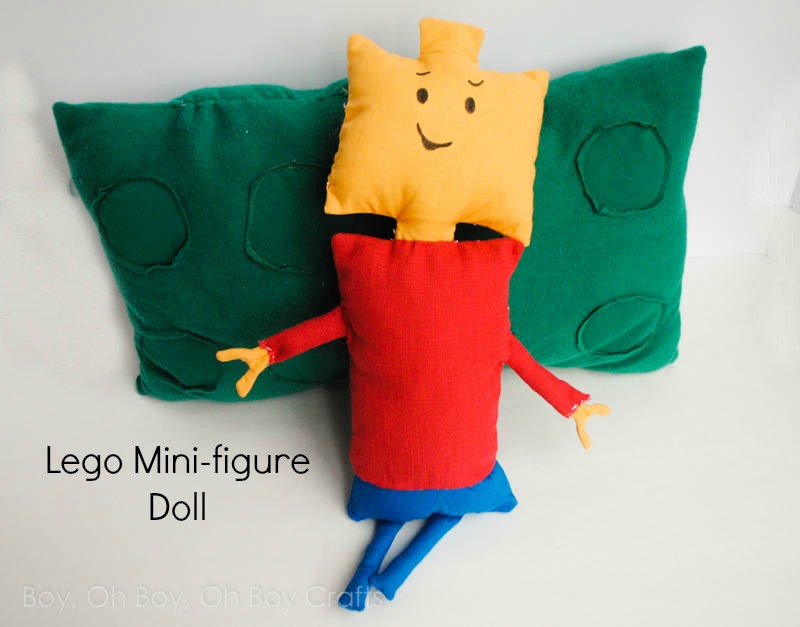 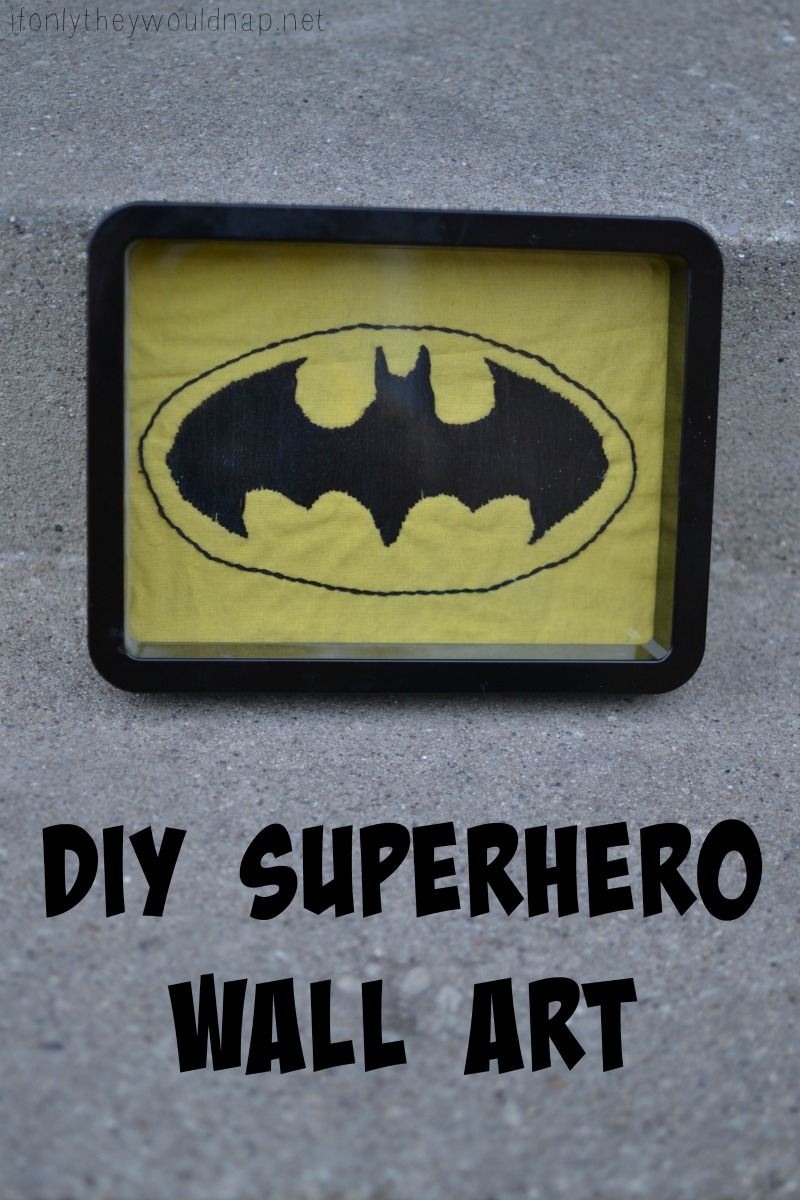 It’s the last day for the third annual Handmade Gifts for Boys series! And it wouldn’t be a gift series for my boys without a little superhero action. My boys are pretty superhero obsessed. So I thought it…

I’m in love. Is it okay to be in love with a pattern? Don’t tell me if it’s not. Because I totally am. And what’s that? You want more awkward selfies? Well I aim to please. This pattern, the Casual…

The Bottoms Up Pants PDF pattern is on sale all weekend long (through Cyber Monday) for only $5! No coupon code necessary to get this deal. But if you join the If Only Designs Pattern Group on Facebook,…

When it comes to home decor, nothing makes me happier than simple changes that quickly spruce up a room. As seasons change, I like to shake things up a bit – especially after the looooooong winter. This simple patchwork table…

We moved a few months ago, and with moving comes the much-anticipated decorating. A house doesn’t really have that homey feel until you have pictures on the walls, but sometimes that can be the hardest part! Deciding where everything…

Today I’m sharing an outfit my five-year-old and I designed together as part of Jessica’s K.I.D.S. series at Me Sew Crazy! So come on by to check out my son’s inspiration drawing and a little pocket tutorial!