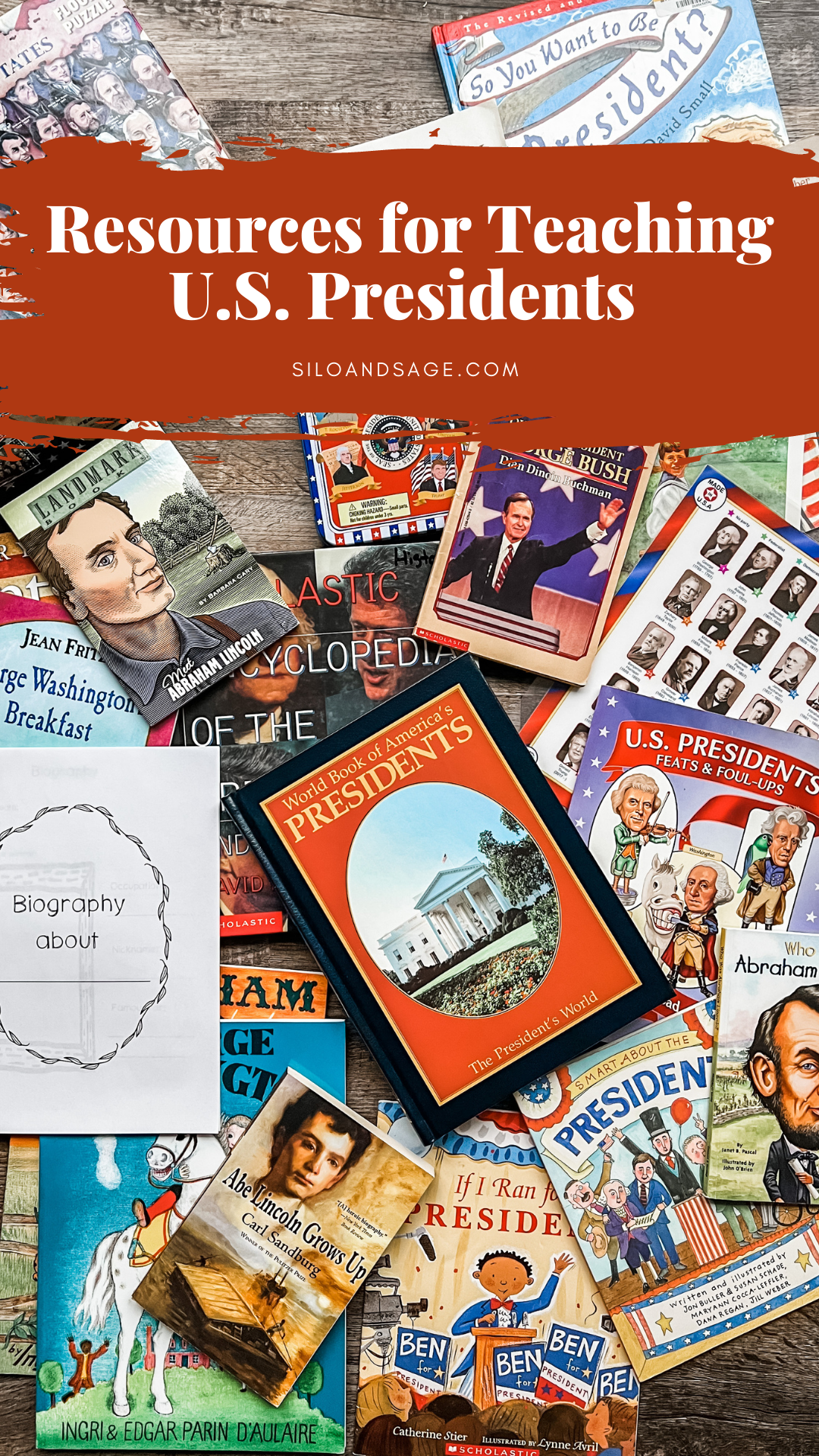 My kids and I have been studying the U.S. Presidents in our homeschool (which is a pretty common thing around Presidents’ Day ;) and I thought it would be helpful to round up the resources that we’ve been using. I’ve listed out resources for teaching about U.S. Presidents like books, puzzles, games, videos, and printables. Whether you’re studying one President or celebrating President’s Day, you’ll find the perfect resource here.

The main thing that we’ve been using to learn about the Presidents is books! There are approximately 14 million books about U.S. Presidents ;) and many of the books we’re using are ones that I’ve picked up at thrift stores over the years. I’ve linked what I can over on Amazon to make it easy for you to find them, but I highly encourage you to look at your local library or used bookstores (online or in person) to find them. Head to this post to see my tips about buying books on a budget.

Books for finding facts about each U.S. President:

General picture and chapter books about the U.S. Presidency:

If you have an older set of encyclopedias (which we do!), you might be able to find some books on Presidents or you can look up individual Presidents in each volume.

Games for learning about U.S. Presidents

These placemats aren’t really a game, but they’re a fun and different way to learn the Presidents!

Homeschool Pop has some videos like Presidents Day Facts for Kids, Facts about George Washington, and Facts about Abraham Lincoln for kids.

Printables for learning about the U.S. Presidents:

The Write a Biography printable pack pairs perfectly (phew… mouthful of alliteration there!) with books about Presidents. Choose a President, print out the pages, and learn how to write a biography! These printables are not specific to Presidents, so they can be used over and over for any person.

This US Government and Elections unit study goes into Presidential elections through literature. It includes a great book list for learning about the President of the United States.

Lincoln and Douglass: an American Friendship – this has four different stories about several different moments in American history, including Abraham Lincoln.

Liberty’s Kids (a great video series on the American Revolution) – not directly related to U.S. Presidents, but is a great history series. 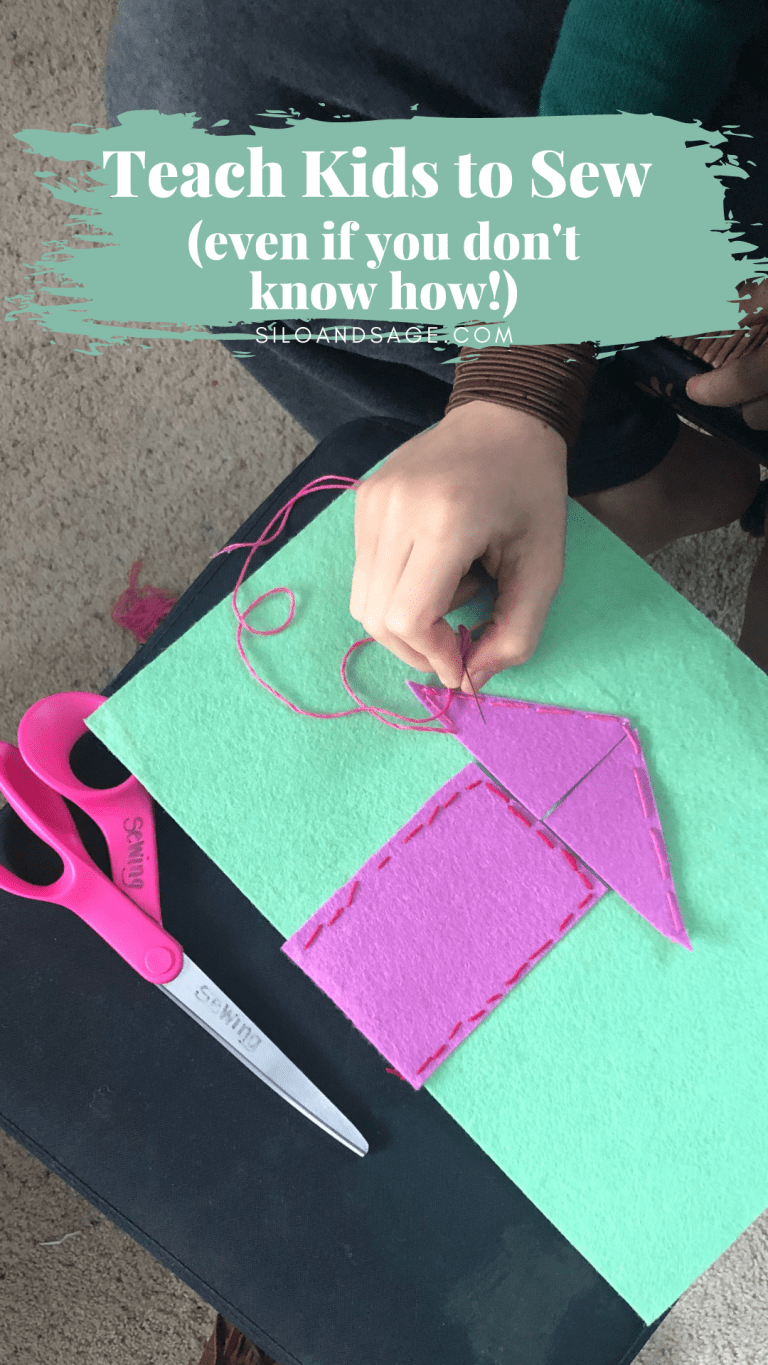 Sewing is a great skill, and it can be very helpful to teach kids to sew at a young age. It’s great not only for their fine motor skills, but also to give them the ability to make…

We’ve lived in our 1880s farmhouse for about two and a half years now, and in that time, I’ve rearranged the bedrooms about fifty bazillion times. Seriously. If you follow me on Instagram, you’ve seen my sewing room…

I’ve always loved the tradition of exchanging Valentines! And now that I have kids, I love it even more. :) Even as homeschoolers, we get together with other homeschooling families and exchange cards. This year I’m slightly ahead…

Homeschooling middle and high school doesn’t need to be scary! If you ask me, it’s actually really fun. :) But you don’t need to feel guilty for outsourcing some of it. There are many resources, online programs, and… 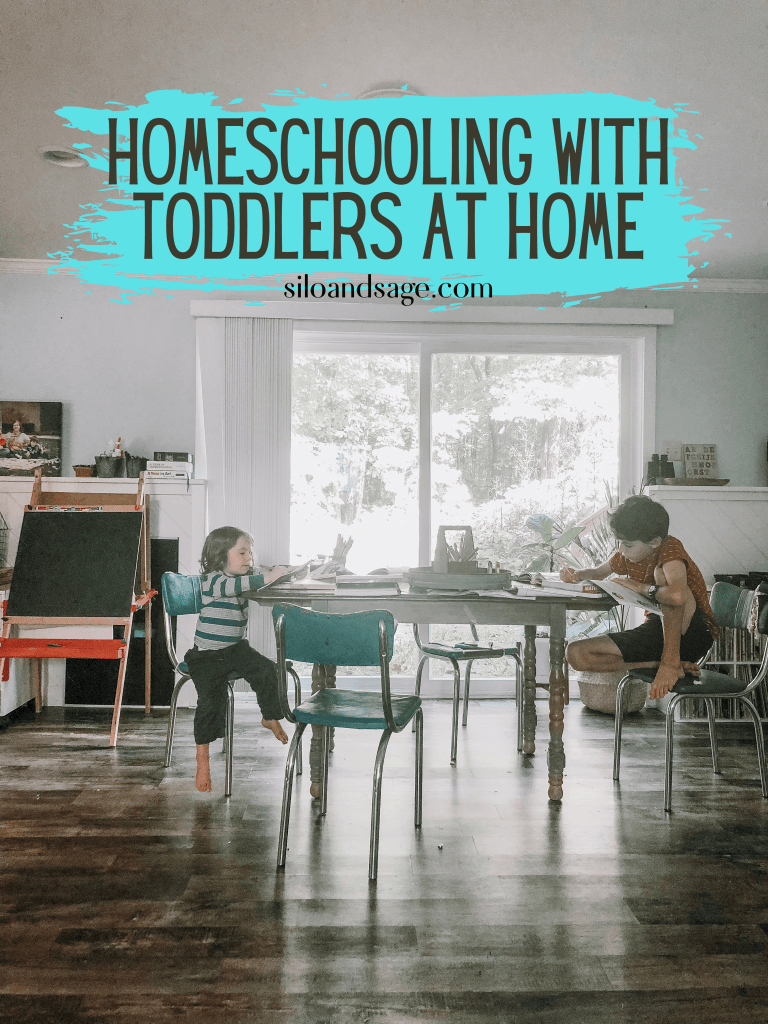 We’ve been a homeschooling family since the beginning – my oldest is 13, and our homeschool days have morphed and changed a lot over the years. But with five kids at home, one constant is that we’ve had…

This post was originally posted over at Craftaholics Anonymous. I’m sharing it here today, because although I originally posted this as a Halloween craft, it’s also perfect for any fall day. Can’t you picture little rows of pumpkins…